Among countless art exhibitions and museums to attend in New York City this summer, I found something that moves away from the ordinary and celebrates art in a global manner: the Condo project. This is a collaborative exhibition of international galleries where artists from around the world show their works throughout the city for a whole month. The exhibition is made of 38 galleries across 18 spaces in the city – I chose to visit Simon Preston Gallery on Rivington street. 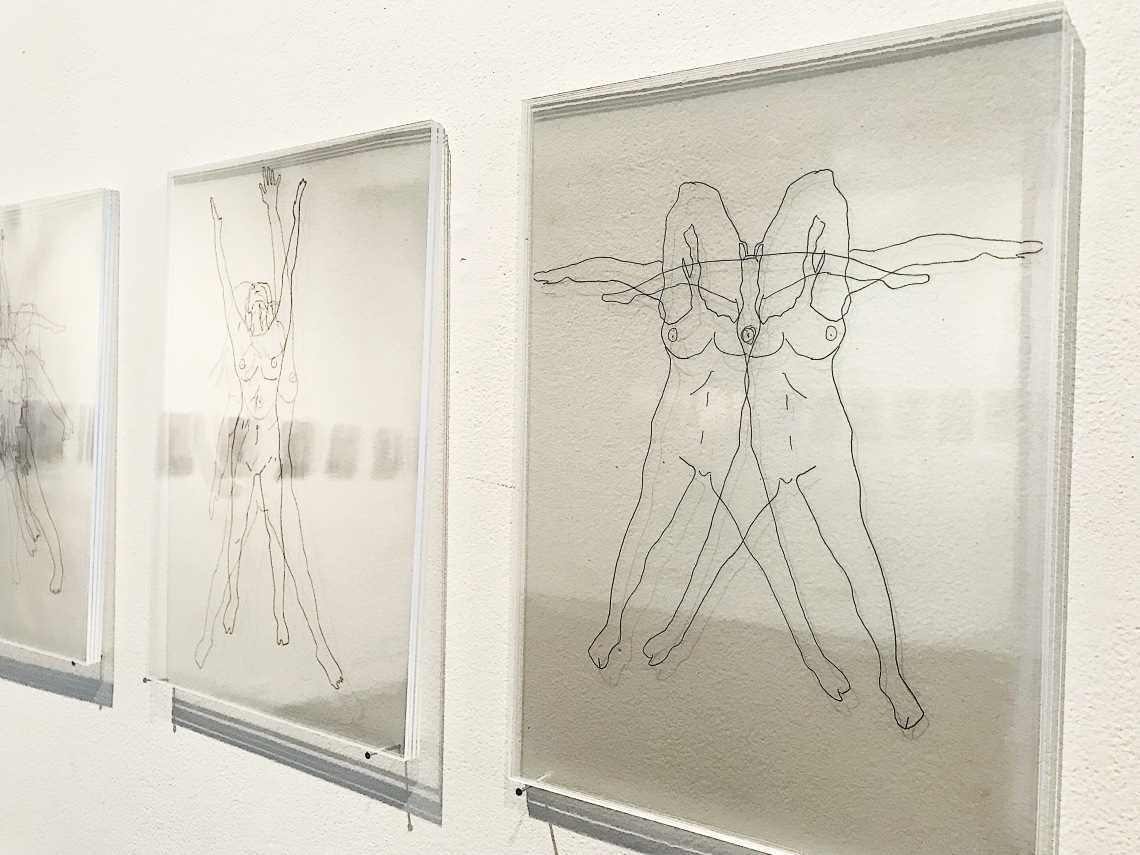 The gallery is hosting the exhibition “8 movements, a few Sundays, one song” which features the work of Maria Montero, the director of Sé Gallery in São Paulo, Brazil. Montero picked Sundays to be day for her artist’s duties – nothing else. Leaving aside her other roles – the director of her gallery in which she represents over 10 artists and her curatorial projects – Sundays are the day to focus solely on her own craft. After a few Sundays, something was conceived. The work is made of the artist’s photographs of her own nude body performing different positions; a singular choreography captured by still black and white frames. The photographs were then replicated in acetate sheets, plexiglass and methacrylate. It’s an exploration of the complexities surrounding the “do-it-all” individual, constantly juggling between her curatorial, director and artistic roles. 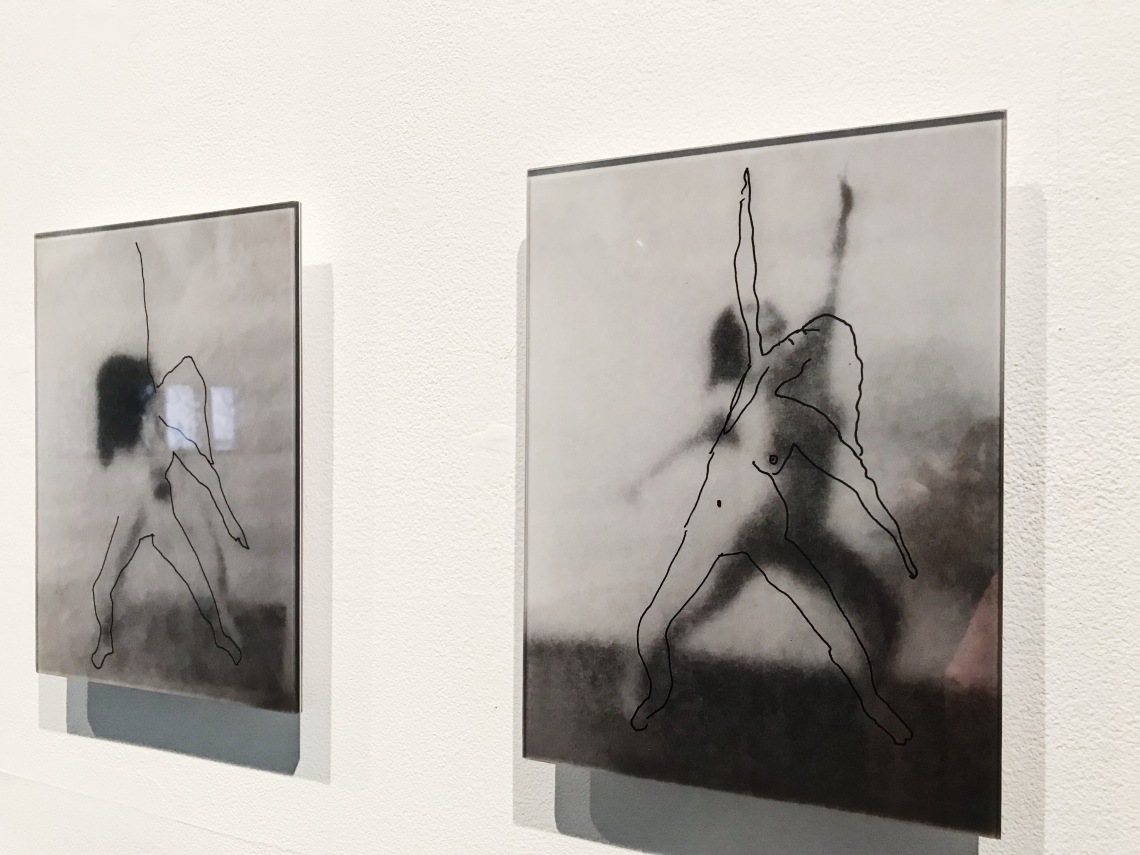 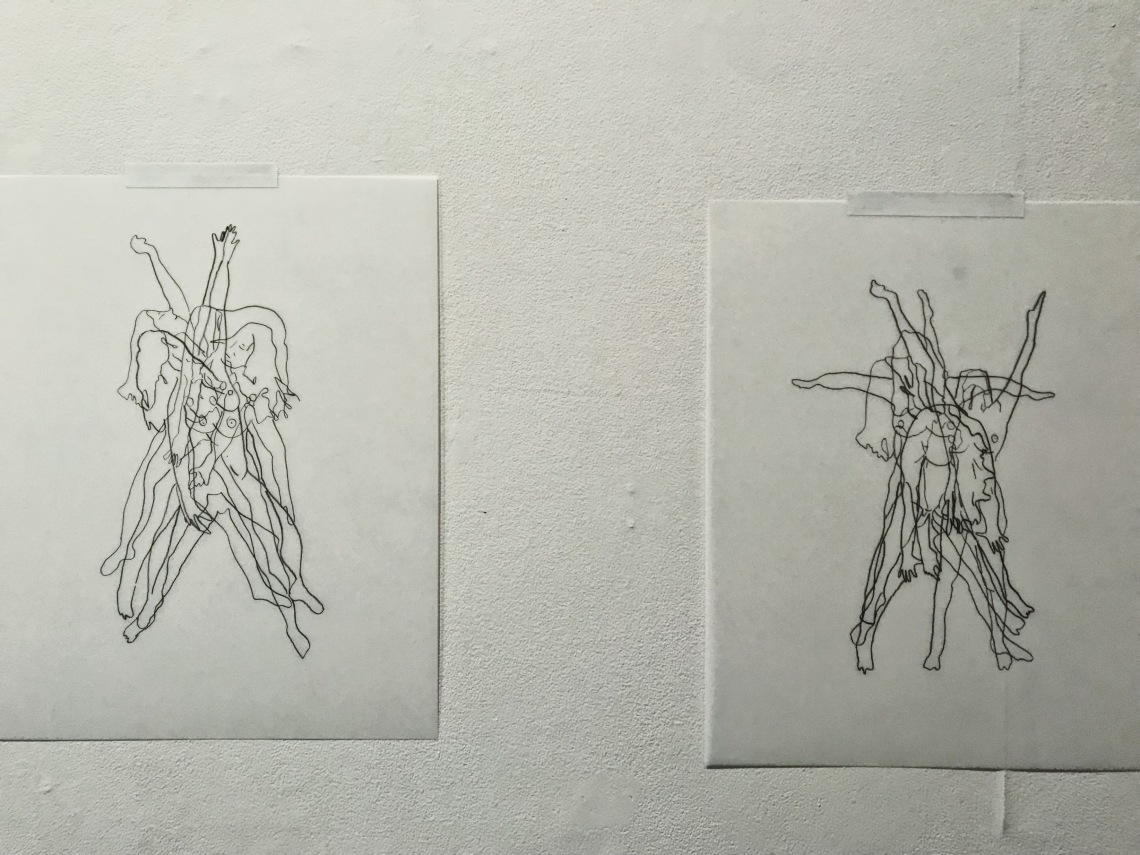 Montero was able to explore dance through drawing and performance, entangling her own skills in a tight-knot, openly waiting to be unfolded by the viewer. As one walks through the pieces, it’s possible to spot all the overlaps in between each drawing, mirroring the artist’s own exchange of roles within her practices. Quoting directly from the exhibition’s brochure, Montero says: “These are amateur photos, an ordinary gesture made by my boyfriend on a Sunday. From then on I made eight drawings that were later photocopied and thus unfold in a multiplicity of overlaps. That is a work based on the ideas of the contour and the copy”.

From curating, to giving voice to artists, to dealing with tedious art gallery logistics, back to her own practices on a Sunday – Maria is the kind of artist that had a hard time in the past labelling what she truly is. But isn’t that the ultimate recipe of the true artist? The one that is sensitive to its surroundings but tough enough to face the intricacies of the art world – they do it all because they must. Perhaps for merely survival, perhaps out of internal needs. Maria concludes: “I do not know how to dance or draw, I am the great pretender”. With that concept in mind, how can the artist’s survive without pretending? Is Montero pretending or simply creating from her personal archive of feelings, references and experiences of over two decades navigating the art world?

Cheers to all the great pretenders, swimming in their own array of abilities only to create for the sake of creating.

About the Sé Gallery.