I am usually good at keeping up with exhibition’s dates and making sure I visit them before they end, but this time I almost missed something so special. I had absolutely no idea that there was such an interesting and fun exhibition going on right next to where I live in Center City, Philadelphia. I am talking about Bob Gruen, one of the most iconic photographers in Rock and Roll history. Do you know that black and white picture of John Lennon, with his arms crossed, round sunglasses on, wearing a shirt with New York City written in curved and bold letters? Exactly, THAT one. Gruen immortalized the music scene during the 1970’s in New York City through his candid shots of Lennon, The Sex Pistols, The Rolling Stones, Led Zeppelin, Blondie, Patti Smith and many others. Looking at Gruen’s photographs is looking through an important time in music history and feeling much closer to our idols. This was the time of bad behavior, a singular sense of style, excessive use of drugs and of course, so much of that irresistible rock and roll. 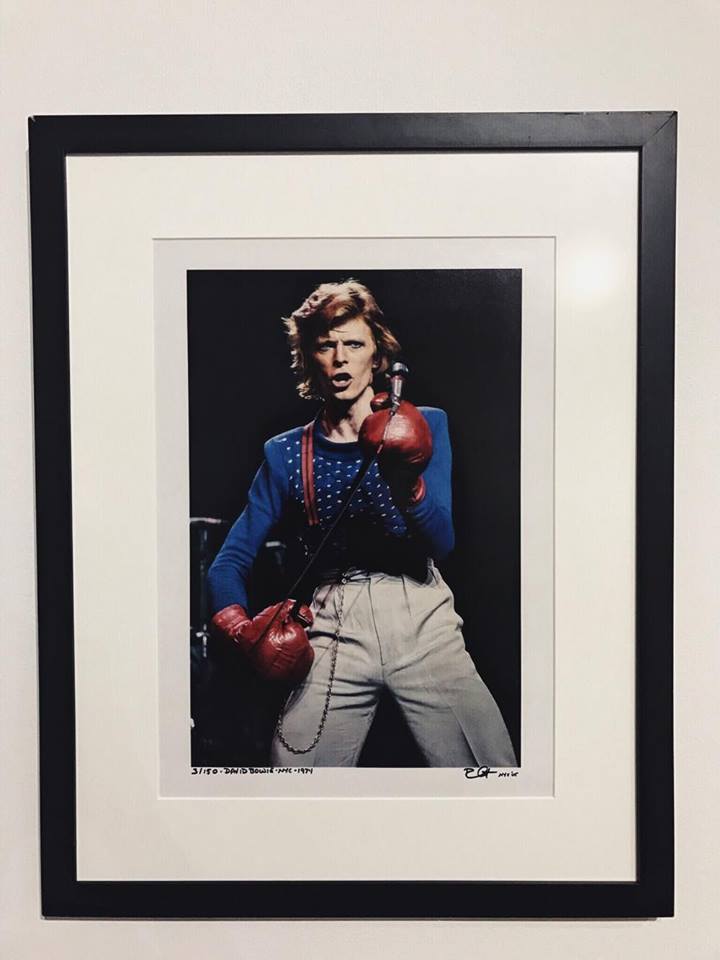 The exhibition ROCKERS was on display from April 13th through May 26th of 2017. It was hosted by Drexel’s University Westphal College of Media Arts & Design and The Leonard Pearlstein Gallery on Filbert Street was the space where the exhibition took place. ROCKERS included over 100 photographs, contact sheets and an installation called “Teenage Bedroom”. After strolling around and seeing all the original photographs of Patti Smith on her knees singing the lyrics of “Gloria”, Sid Vicious covered in blood playing the bass and the iconic John Lennon shot, the visitor encounters the so-called Teenage Bedroom. The installation aimed to re-create the bedroom of a teenager living in the 60’s and 70’s. Clothes on the floor, walls entirely covered with posters and a record player on. The bed is unmade, The Beatles are invading the room and the mirror has a picture of Debbie Harry wearing soft pink high-wasted pants hugging shirtless Iggy Pop. The installation was a smart addition to the exhibition because it offered the viewer the experience of what it meant to be a young and rebellious teenager, that all he or she really wants is to listen to the Masters.

I hate to tease you, dear reader, with all these images even though the exhibition has already ended. However, I believe that Gruen’s photos will always have the strong power to awaken our inner rockers. These are honest and stunning images that will stick in your mind, reminding you that we should never ever ever underestimate the healing powers of rock and roll. Note to self: never get this close again to missing incredible experiences right next to home.

But seriously, have you listened to Iggy Pop’s latest album “Post Pop Depression”?